The Poppy Cascade is now complete and has been blessed by the Area Dean, Rev Stephen Murray, assisted by Rev Philip Edell. 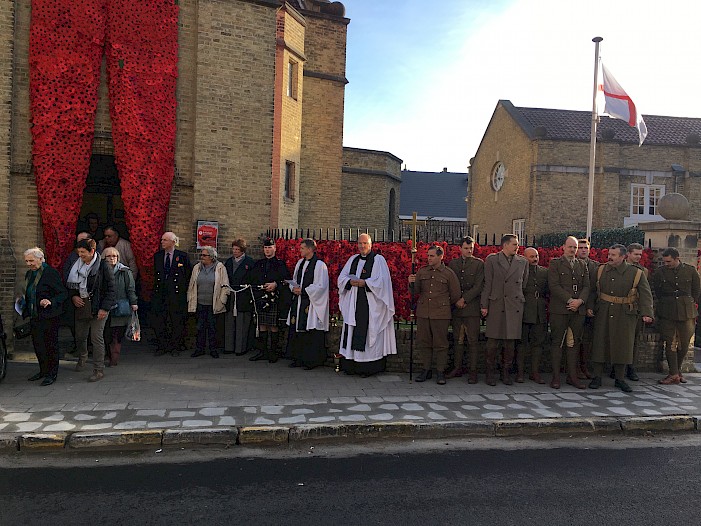 It has only been possible to create this work of art thanks to the few thousand people who gave up their time to make poppies, not forgetting those generous financial donations which enabled us to settle the few expenses which we had and the super team in the Church Hall that put it all together. We used approximately 15,000 poppies knitted, crocheted and cut out of felt. These were attached to 90 sq m of AstroTurf and 24 sq m of black plastic Clematis Netting. We used 12 glue guns, an awful lot of glue and over 5,000 cable ties! I will be forever grateful to Lakeland Plastics for their supply of large ziplock bags which were essential for storing the poppies and keeping a count of them. 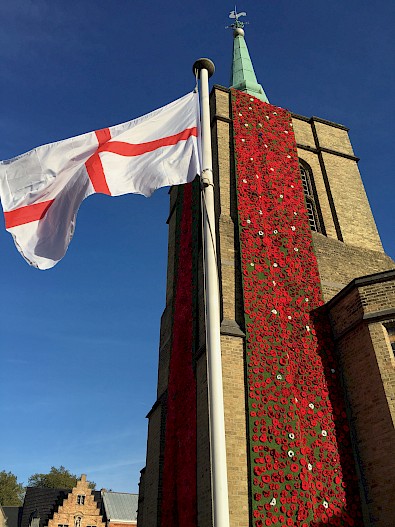 My thanks also go to Petersfield Forge, Travis Perkins Petersfield, and White & Co Removals for transporting the AstroTurf and 10,000 poppies to Belgium with no charge, not forgetting Mail & Print from Salisbury for their posters.

I would also like thank Swale Borough Council and Nigel Martin, but particularly Justin Aggett, the Arts and Media Manager for Sheppey Matters, for enabling me to transform my vision into reality. As soon as I saw pictures of previous projects of Justin’s using AstroTurf, I knew that that was the look I wanted to achieve. Justin’s advice was invaluable from a technical aspect. He fulfilled the role of Mentor, something which was essential for a complete amateur such as myself. The crowning glory was the moment when Justin told me that he and Nigel were going to come and offer their support and expertise when the project was being staged. They also brought 600 much needed poppies with them. These were made by those who live in and around Sittingbourne, the only UK town to be twinned with Ypres.

Without the assistance of the Ieper Fire Brigade the job could not have been completed, so many thanks to them, and the people of Ieper who had to put up with Elverdingestraat being partially blocked by the Fire Engine for 2 hours. The fact that Elverdingestraat is on a bus route didn’t make it any easier! My acknowlegement and thanks must also go to the local Police for closing the street on Wednesday to enable the Blessing to take place.

My thanks go to all those who were involved. It looks better than I could ever have imagined and a fitting display to commemorate our fallen.

It is intended that the display will be in situ for the next few weeks so if you are close to or in Ieper, please take a moment to come and see. 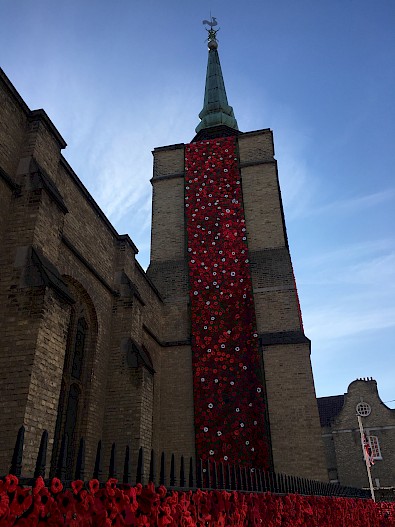 The display is particulary poignant at night. 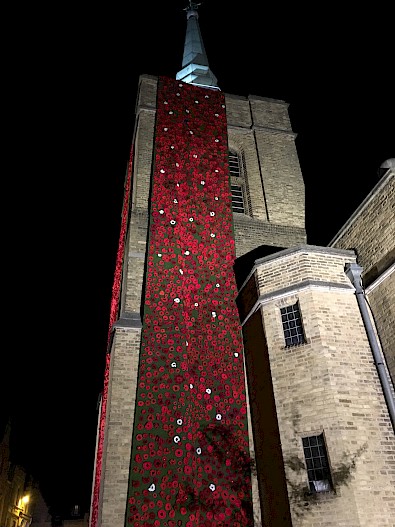 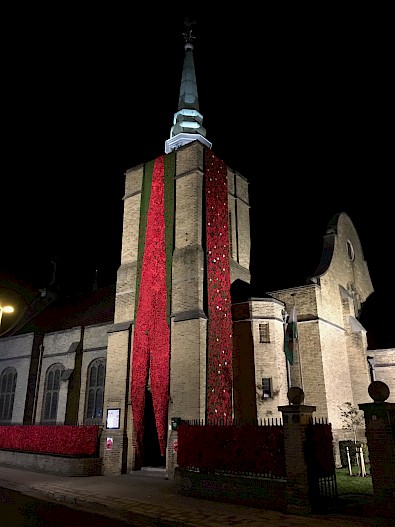